Today I chose to write my list on my Top Ten Fictional Characters because who doesn't love gushing about the men in their lives ;)

Just to make this more fun I picked someone famous who I think looks something similar to the fictional character, so for fun, let me know what celeb you think they look like.

***Side-note: This was so much harder than I thought it would be. No one here perfectly fit but they were the best I could find***

So, this was probably the hardest one for me to find. Sevro is described in a slightly unpleasant way a lot but he is still a gold so I guess he is still good-looking but I feel like this actor is a bit too good-looking for Sevro and I think Sevro would be a lot more unruly. Can anyone think of someone better?

2. Jace Wayland from The Mortal Instruments by Cassandra Clare: This is pretty much a perfect match to how I imagined Jace.

3. Will Herondale from the Infernal Devices by Cassandra Clare:

So this is Douglas Booth as Pippin from Great Expectations, how perfect right? I never really try to imagine a character as a celebrity unless I know the book is being turned into a movie so all of these are hard. I know EVERYONE loves Will though so have you thought of who would play him in a movie role?

4: Kelsier from The Mistborn series by Brandon Sanderson: Everyone needs an older man in their life...Kelsier is mine. Also, found this one really difficult :/

I really did not like who they chose for Alex in the Delirium TV pilot. Everything was wrong with that pilot. The actor wasn't...rugged enough, or tall enough either haha But then I am 5'8" so I imagine all the guys as at least 6 foot. Anyone have a better celebrity for Alex?

6. Carswell Thorne from the Lunar Chronicles by Marissa Meyer: 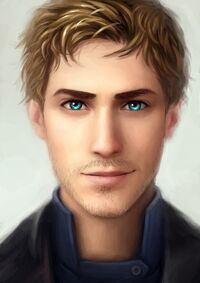 Right, so obviously this isn't a celebrity but I found this illustration and really thought it was perfect, which then led me onto a whole biography of Thorne and the other characters of the Lunar Chronicles. It was pretty cool and you can check it out here.

7. Noah Shaw from the Mara Dyer series by Michelle Hodkin:

Ah Nico Tortorella...this isn't the best picture of him but I thought it fitting with the shirt and tie.

8. Gavriel from the Coldest Girl in Coldtown by Holly Black:

Okay, so I was searching for images for Gavriel and I saw this and was like YES! This is exactly how I imagined Gavriel, except with red eyes and super pale skin. Then I clicked into the website and found out that this is who Holly black herself would imagine Gavriel if she had to choose an actor.

9. Cole Stewart from Never Fade/In the Afterlight by Alexandra Bracken:

Okay, so Colton Hayes isn't blonde but this is as close as I could find to the perfection that is Cole Stewart. Why do I like Cole? Possibly because he doesn't turn into a swooning fool like nearly every male character I read. No swooning please, I like my men manly. 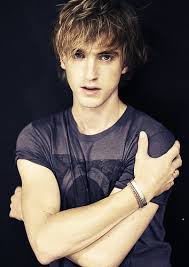 Okay, I told you not to judge so stop. All I can say is that Tom Felton grew up, got hot and then all of a sudden I fancy Draco and think he is just being mysterious and coy not a total psycho d**khead...still weird??

Woah, that was way harder than I thought it would be. These would be the actors I think might look ost like what I imagined the characters to look like but they obviously are not prefect. I can't wait to hear who ye would pick and if you like any of these characters as well. It appears that I have a type....haha

Please feel free to leave a comment, I love to hear your thoughts!

Make sure to check back on your comments as I always reply :)